Get fresh music recommendations delivered to your inbox every Friday.

In The Room The Women Come And Go, Talking Of Michelangelo 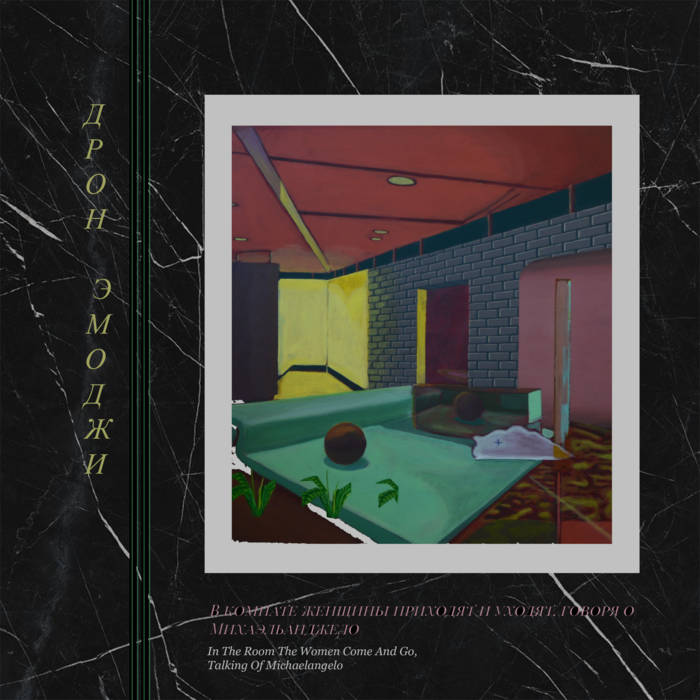 In The Room The Women Come And Go. Talking Of Michelangelo, the title of Drone Emoji's debut full-length album, is borrowed from T.S. Elliot's Prufrock. But it's far from the only borrowed thing on the record: Drone Emoji samples, cites, appropriates, and remixes unlikely source material into a refreshing breath of absurdity, mashing up a mind-boggling selection of anything-goes bangers and obscure quotes into previously unheard contexts, all heavily spiced up by his frisky sense of humor.

Without even trying hard to create any sort of a clout, Drone Emoji's excellent debut EP เป็นฟอนต์ที่ได้ (out on ŠOP Records) was praised in almost the only two relevant Slovenian media – Radio Študent and Mladina – as the record of the year. Which probably made him give even less shit about anything. His genuine carelessness – which permeates the debut album for rx:tx to its core – seems to be additionally empowered by the fact that his identity is playfully shrouded in a cloud of anonymity: In the club he wouldn't put on a fancy mask like those EDM DJs do, he'd rather place a random person up on stage, while he's secretly performing in some hidden corner of the venue.